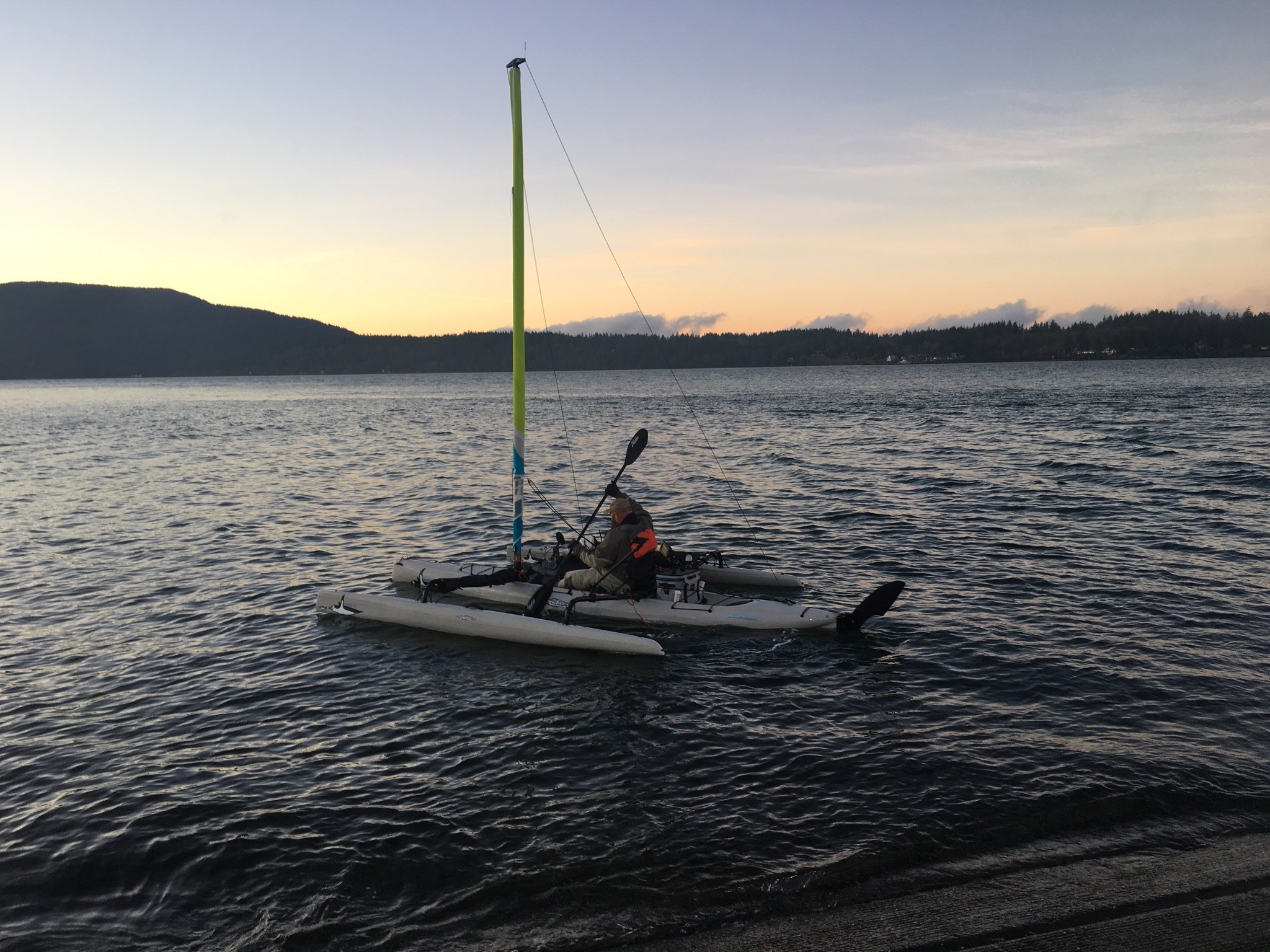 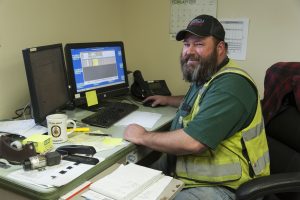 Birch Equipment Shop Staffer Doug Shoup is literally one third the man he used to be. An avid outdoors-man, Doug started kayaking a couple of years ago and things got serious following a conversation with Birch CEO/Owner Sarah Rothenbuhler.

Q: You’ve been planning on a big adventure race. What is the name of the race & and when is it? The race I’m working to get into is the R2AK /Race to Alaska. The race is an unsupported, non powered boat race from Port Townsend to Ketchikan, Alaska. The race is run in two legs. First is Port Townsend to Victoria BC. The second is Victoria to Ketchikan with a couple check points on the way. The race starts June 14th.   The range of boats in the race runs from large racing catamarans to kayaks and even a finisher on a 19’ SUP. It’s a race I have no chance of winning. I’m in it to finish it.

What made you decide to do it and when did you make the decision? I first heard of the race in September through a conversation with Sarah. To this day I’m not sure if she mentioned the event on purpose or just it just came up. Either way it planted a seed. It was a few days later when I finally had the chance to research what the event was all about. The more I researched the more interested I was. The wheels started turning, trying to figure out if this was something I could do and what it would take to do it. After a couple weeks of serious consideration I determined this was something I could do. The challenge and adventure of this race was something I had to do. I was in.

“For the record, when we’re not talking about Birch, Doug and I talk about dogs and salt water, because we love both. Knew he’d be interested. Know he’s a stud. Think its extremely cool that he’s training to compete…we all be very relieved when the man has won the damn race and is home safe and sound.”

When did you start training? October 10, 2017 – the day I decided to participate in the race. I’ve told some that I knocked 5 years dust off the elliptical, but in truth it was probably closer to 7 or 8.

What type of training have you been doing? The majority of my early training has been on the elliptical. I started out at 30 minute routines during the first week and worked up to 80 minutes per night. I work out nearly every evening after work plus what I can get in over the weekends. I have no schedule of exercise. I go every day until my body tells me it needs a break where I will give it a day or two for recovery. I have had as much as 23 straight days of exercise. When you are seeing progress every day it’s hard to pause that progress. I dealt with some issues with sciatica and had to take a couple weeks off which was driving my crazy. I’m the last person I thought I would hear say they actually wanted to work out.  I believe the continuous use of the elliptical was the cause, but still not sure. This resulted in needing to change things up. I started a membership to a gym where I have access to additional work out equipment, primarily the rowing machine. I had a session with a trainer where I incorporated strength training a couple days a week and incorporated some stretches and exercises to help with the sciatica.

How much weight have you lost and what is your goal? Are you required to weigh-in at a certain amount for the race? When this all started, I weighed 309 lbs. As of publication (May 21st), I am down 100 pounds and am closing in on my goal-weight of under 200-pounds by the start of the race on June 14th. This is a goal I set for myself. 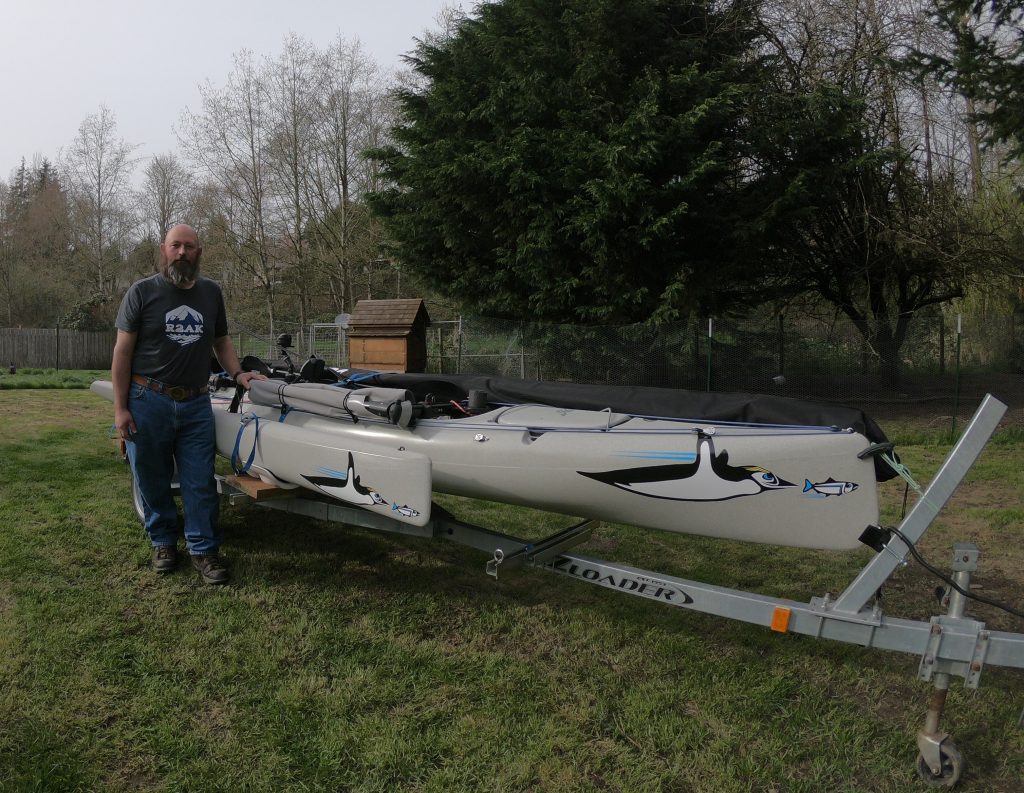 I have changed up my diet some and am eating better but there’s still room for improvement there. I think credit for the biggest change is the reallocation of time. I have logged 100s of hours of exercise since October. I would venture to say 80% of this time would have been spent sitting in front to the TV eating/snacking on foods not on any healthy foods list.

Training for an event like this takes a lot of commitment? What has kept you motivated? The magnitude of the race is the true motivation.  This is a long and potentially very dangerous race.  It will be tough when everything goes right.  I have to be in condition to handle myself when things go wrong.  My life may depend on it.

Do you train by yourself or with others? What do you prefer? I train alone.  Initially mostly of my training was at home where the elliptical and I have spent a lot of time together.  To integrate some additional elements I have been going to the gym and training from home for the last couple months.

And your status? Will you be competing? My  initial application to participate in the race was declined.  Primarily due to lack of experience but I am sure my physical condition at the time was also a factor.  All things considered it was the right decision on their part.  I contacted the Race Boss to see what it would take to be reconsidered.  In the end he agreed to revisit my application in April.  I continued all my planning and preps as though I was going.  April 10, the six month mark from starting my training the application was resubmitted.   My stress/anxiety levels were pretty high.  I was nervous all the preps I had done weren’t enough, and they would say “NO”.  At the same time, knowing what I’m getting myself into I was maybe more nervous they would say “Yes”.

The following day I received a response from the race boss saying my new information was in front of the Vetting Board and that I was the first person in the short history of the R2AK that did what they said they were going to do after their application was denied.  This sent the nervousness to a whole new level, and I thought, “They might just say “Yes”!”  Tuesday evening the 17th of April at 9:29PM the phone gave a ding announcing the arrival of a new email.  The first two words of the email read  “You’re in”.  A follow up email read “Welcome to the Asylum”. 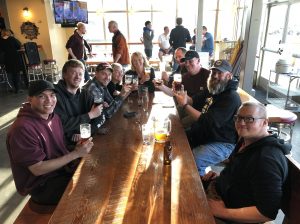 Celebrating at K2 with Birch crew the day Doug got in!

Everyone at Birch Equipment is extremely inspired and proud of Doug for what he has accomplished to-date and can’t wait to cheer him on next month! He sets sail from Port Townsend on June 14th under the team name, Perseverance. Doug expects to take about two weeks to complete the race.